I was very saddened to learn of Carrie Fisher's death at the too-young age of 60 today.

Her passing left me reflecting on the role I and many know her best at: Princess Leia, the determined and tough young woman in the Star Wars movies.  I learned today she was only 19 when she took on the role in the first film.

Leia was someone to admire.  She stood toe to toe with Vader himself and underwent torture rather than reveal the Rebel's base.  She suffered tremendous loss when her home planet was destroyed, yet it didn't stop her from delivering the Death Star plans to her people.  She could shoot a blaster with the best of them and instead of standing back and letting Luke and Han handle everything she took matters into her own hands and played a role in their rescue.

Throughout the films she continued to deal with hardship but stayed determined to bring the Empire down.  She was one of those in charge at Hoth, only leaving the base when there was no more to be done.  With her help, Luke was rescued in Cloud City and Han retrieved from Jabba's palace.  It was Leia that dealt the fatal blow to Jabba himself.  And it was Leia who first encountered and befriended the Ewoks who played a role in taking down the Empire in a massive battle.

The Leia we see in the movie The Force Awakens has been tempered with more sorrow, but even here she is busy making sure the hard-won Republic that's been created can endure.  She's a general now, and still very involved in things.  (I could say much more, but don't want to give spoilers)

Leia was not your typical princess, waiting around for someone to save her.  While she did get some help from time to time, she demonstrated an ability to be part of the solution, rather than being passive.  She was strong, capable, and able to hold her own - definitely a woman to hold up as an example.

Sadly, her story now has an endpoint with Carrie Fisher's death.  But I am grateful to the actress for bringing her to life for us.  Thank you, Carrie and all who played a part in Leia's creation.  She will be missed.
Posted by Laura Ware at 6:33 PM 1 comment:

My short story "The Flare" is one of a number of great short stories in the anthology magazine Fiction River.  The theme of this particular issue is "Last Stand."  (Sebring people see if you recognize where the opening scene takes place!)  Get your own copy here: 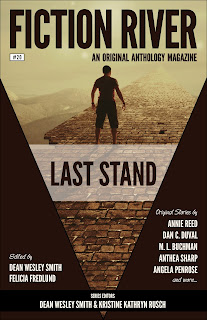 Posted by Laura Ware at 8:36 AM No comments:

I hope you voted today if you were able to.  I voted on Saturday, and it looks like my local county broke records in terms of participation.

But if you voted or didn't, and irregardless of who you voted for, I want you to remember something.

Tomorrow will be the day after the election.  We will (hopefully) have a President-elect.  They may be someone you want.  They may not.  But no matter what, someone will more likely than not have won the election.

Or will we come together to figure out what is best for the country?  Will we try to find out what we have in common?  Will we even try to do something positive?

The choice is ours.
Posted by Laura Ware at 8:15 PM No comments:

Most people who post about this can probably tell you when they first encountered Star Trek.  I am not one of those people.

I do know that I was a fan by high school.  A friend of mine had Trek novels and I devoured them.  I cheerfully followed the adventures of Kirk and company and still own a number of paperbacks that tell their tale.

I enjoyed (mostly) all the subsequent series.  I married a fellow Trekker and together we followed Trek in all its forms.  We have even followed the recent reboot, and enjoyed seeing a new look at an old friend.

Star Trek is partially responsible for me becoming a fiction writer.  Years ago I heard of an anthology called Strange New Worlds which gave non-professional writers a chance to write Trek stories.  Not only did this introduce me to my future mentor, Dean Wesley Smith, and result in my first professional sale (yes, I have a published Star Trek story out there), my experience in trying to get into the anthology gave me the courage to try my hand at fiction in general.

So thank you, Star Trek, for all you've brought to my life.  For Vulcans and tribbles and strange new worlds.  For great entertainment, and for helping me in the pursuit of my passion.

Posted by Laura Ware at 8:56 AM No comments:

For the month of July you can get my four inspirational novels - DEAD HYPOCRITES, THE SILENT WITNESS, REDEMPTION, and TWO WEEKS IN GUYANA for half price over at Smashwords. You can find a list of my work on Smashwords at https://www.smashwords.com/profile/view/jjpress
Select one of the above novels and use the coupon code that is listed at checkout. Enjoy!
Posted by Laura Ware at 5:22 PM No comments:

Where is "Laura's Look?"

Back in May I announced that "Laura's Look 1998-2000," my first collection of columns, would be out by the end of the month.  Observant folk might notice we are now in July and there is no sign of the book.  The curious among you might even ask, "What gives?"

The longer answer (feel free to skip):
At the end of April my mother-in-law, who lives with us, went to the hospital with three different infections - pneumonia, a urinary tract infection, and sepsis.  She was a week in the hospital, and then three weeks in a nursing home undergoing rehab.

Except for a brief hospital stay, since then she's been home.  And she isn't as strong as she was before, and needs more care.  This has fallen to me.

At some point in May I tossed my writing goals on the trash heap.  I just couldn't juggle everything.  I have had to scale back my goals and expectations for now while I figure out this new aspect of my life.

Good question. My hope is the end of this month.  But it depends on life right now, which is not entirely in my control.

Thanks for being patient with me.  My hopes is you will find the book worth the wait.

Posted by Laura Ware at 5:19 PM No comments: 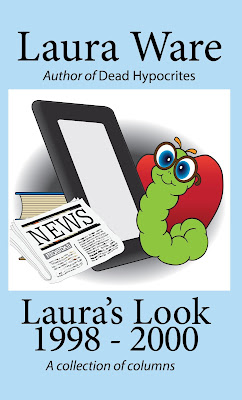 Posted by Laura Ware at 9:57 PM No comments:

The Scariest Thing in Washington, DC

The scariest thing in Washington, DC isn't crime.  I never felt in danger from anyone while I've been here and it's been a few days.

The scariest thing?  Their escalators.

These things are EVERYWHERE.  Especially around the Metro.  If you are lucky, there's an elevator available you can use instead.  Otherwise, you are stuck.

This is very bad for me.  I HATE escalators.  This is no mild dislike.  I loathe them with a passion.  Especially down escalators.  I am always afraid I'm going to pitch forward on one of those.

I can mostly handle up escalators, though I don't like them.  But some of the escalators around here are LONG.  Throw in I am afraid of heights and you'll understand why that might pose a problem for me.

I am fortunate that my family is patient and understanding of this phobia.  On one of the long escalators they surrounded me so I felt protected going up.  When I had no choice but to use a down escalator not once but twice on this trip Don didn't laugh at me but stood in front of me and cheered me on as I gripped the handrail with both hands.

In time I could probably overcome this fear.  But for right now, my attitude is, "down with down escalators!"
Posted by Laura Ware at 10:59 PM No comments:

I am in Alexandria, Virginia as I type this.  I'm here with my husband, youngest son, and his wife.  Together (along with the kids' dog Hobbes) we plan to check out Washington DC for the next few days.

This is primarily a fun trip, though I might indulge in a little research in case I ever want to set a story in this area.  Today we explored Old Town in Alexandria, visiting a number of shops.

Tomorrow we'll head to DC proper.  I will try to post stuff as we go, but I might do a column on the trip so I will hold back some details for that.

Stay tuned!
Posted by Laura Ware at 9:40 PM No comments:

I am giving new subscribers to my newsletter a FREE short story, "Murder for Dinner," as a way of saying thanks.  All you have to do is sign up on the form on the left hand side of the page.

Once you sign up I'll send you instructions on how to get "Murder for Dinner" for free.

The newsletter is occasional, mostly when I have news to report.  I promise I won't flood your inbox with postings.

I hope to hear from you!
Posted by Laura Ware at 4:47 PM No comments:

2 Questions We Need to Ask

I am currently listening to the Democratic debate being broadcast on MSNBC.  Senator Bernie Sanders and Secretary Hillary Clinton have exchanged a lot of sharp words and promised a lot of things to the American people.  Free health care, free college, among other things.

My friend Barry Foster likes to quote a former county commissioner, the late Archie Summers.  The man had two questions he would always ask when something was proposed.  Two questions that would be helpful when any politician proposes some brand new program or promises something "free."

Am I the only one who thinks that these questions should be answered? 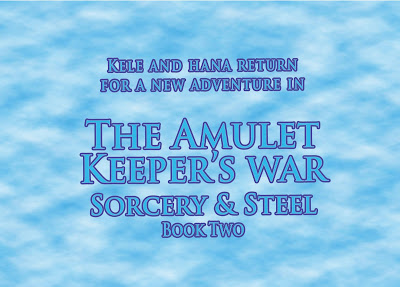 Yesterday there was no Monday Musings because yesterday I had an endoscopy and colonoscopy and was loopy enough from the anesthesia that I didn't think I could come up with anything coherent.

There are a number of people who get nervous about this procedure and think of all kinds of reasons to put it off.  I have to admit I understand their concern.

Preparing for the thing is no fun - I spent Sunday near the bathroom.  And you have to more than likely take a day or two off for it (I gave myself permission to take Sunday and Monday off from the writing due to this).  It's a little unsettling, given what takes place.

The three worst things about it for me?  The prep, certainly.  Yesterday the poor nurse had to try two different spots to find a vein for the IV, and that brought not a little pain.  And whatever device they put on my mouth for the endoscopy bruised my lips - it looks like someone socked me in the mouth.

The procedure itself?  Thanks to anesthesia I slept through it.  No biggie.  And today, other than being a little tired and having puffy lips, I am fine.

And the good news is I have no cancer.

You see, the reason I endure this is because of the simple fact that colon/rectal cancer has no warning signs.  And in the past I've had pre-cancerous polyps in my intestine that were removed.  This latest procedure was to make sure they hadn't come back.

But cancer would be worse.

Check with your doctor and if he/she says you need to have this, get it done.  Believe me, it beats the alternative.
Posted by Laura Ware at 1:17 PM No comments: